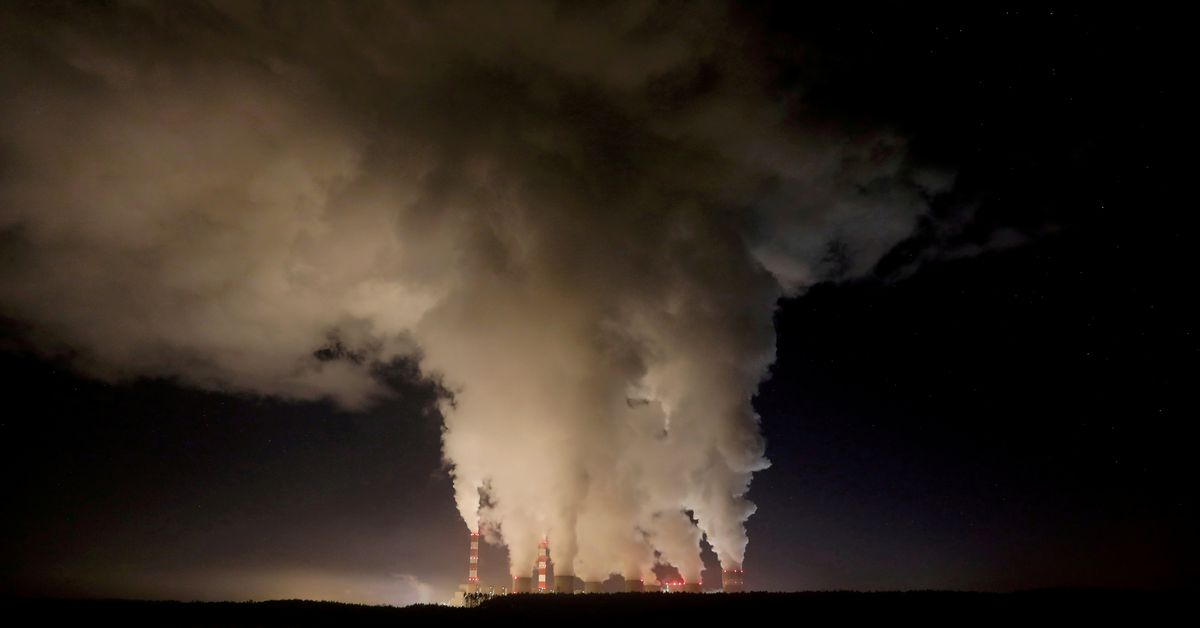 NEW YORK, Oct. 19 (Reuters) – A coalition of investors with more than $ 60 trillion in assets under management is preparing to call on electric utilities around the world to extend their 15-year timeline to reduce their net greenhouse gas emissions to zero.

Utilities account for about 40% of global emissions, more than any other sector. Many of them have pledged to achieve net zero emissions by 2050, a target that scientists say must be met to prevent global warming of more than 1.5 degrees Celsius.

Net zero refers to achieving a balance between greenhouse gases emitted into the atmosphere and those extracted from it.

The Institutional Investors Group on Climate Change (IIGCC) in London, part of the Climate Action 100+ initiative, told Reuters on Tuesday that emissions from power generation must reach net zero well before 2050, in order to that other industries that depend on electricity can follow. combination.

In a report to be released on Wednesday, the IIGCC will call on utilities in developed economies to achieve net zero emissions by 2035 and in developing countries by 2040. It will ask them to define a detailed strategy to achieve this. .

“It is quite urgent that they decarbonize,” said IIGCC executive director Stephanie Pfeifer in an interview. “We really need to know how they are going to implement the long term vision.”

Pressure is mounting on businesses and governments to do more to tackle climate change ahead of the UN COP26 conference in Glasgow, Scotland later this month.

Companies that fail to respond to the IIGCC’s outreach could face shareholder resolutions and votes against corporate directors, according to the report.

Awareness has already started with individual members of the IIGCC. Wespath Benefits and Investments, with approximately $ 29 billion in assets under management, has urged WEC Energy Group Inc (WEC.N) to extend its net zero deadline to 2035, said Jake Barnett, director of sustainable investment management at the Glenview, Illinois. , a faith-based investment company.

The Milwaukee-based WEC has already announced its intention to reduce greenhouse gas emissions by 80% by 2030.

“We have set some of the utilities industry’s most ambitious short-term emissions targets,” said Brendan Conway, WEC media relations director. “We will continue to support achievable goals that keep our customers and communities safe. “

Barnett said Wespath will continue to engage with WEC on the 2035 net zero goal.

Reporting by Jessica DiNapoli in New York; Additional reporting by Simon Jessop in London and Ross Kerber in Boston Editing by Matthew Lewis