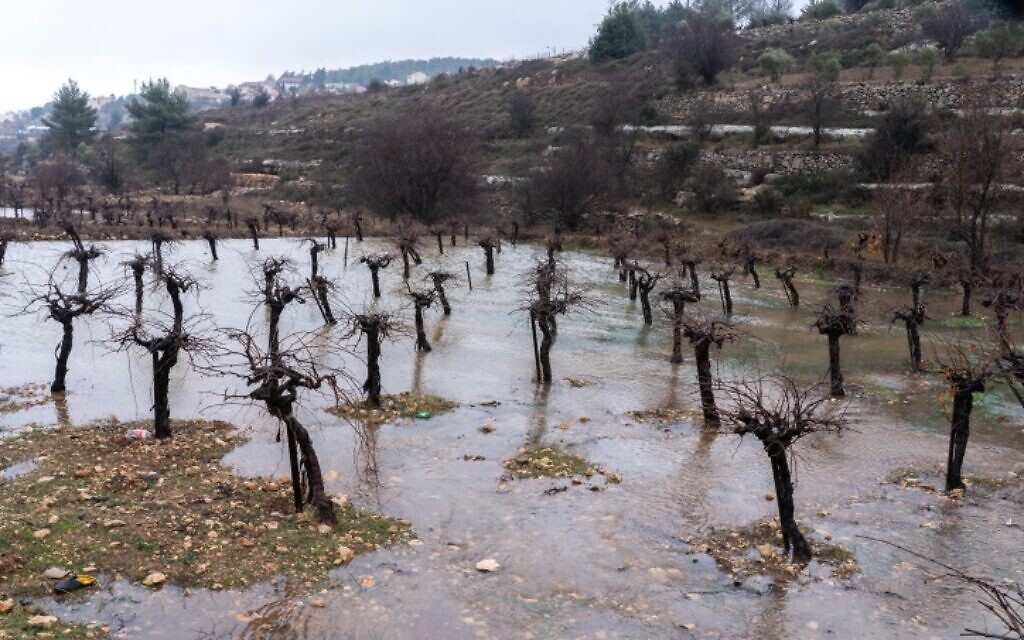 Global warming caused some 300 million shekels ($ 96.5 million) in damage to Israeli agriculture last year, according to a report released on Monday by the Agricultural Natural Hazards Insurance Fund.

The sector most affected was that of fruits, especially summer fruits such as peaches, nectarines and plums, which, deprived of a winter cold spell, failed to develop properly, causing widespread shortages in summer.

The fund paid out five times the multi-year average in compensation to fruit growers whose harvest was poor.

Compensation paid to farmers, in general, was around 170 million shekels ($ 55 million) a year just a decade ago.

“Over the past year, the climate crisis has made headlines and garnered global attention, and its implications are evident for agriculture in this country,” said Shmulik Tourjeman, CEO of the fund.

By registering, you accept the conditions

“All (relevant bodies) in Israel must internalize the immediate economic consequences of the climate crisis and how to deal with them. “

He continued, “Agriculture is not just ‘another profession’. Blue and white agriculture has national significance which includes maintaining a fresh and continuous supply of food, maintaining food independence and independence from external food sources, dispersal of the population and preservation of state lands.

“Given the consequences of the climate crisis, farmers are forced to take greater economic risks and are exposed to damage to which no other field is exposed,” he said.

“The only tool that allows them to face the consequences of the climate crisis is insurance. Without meaningful premium support that will provide farmers with affordable insurance protection, farmers will be forced to reduce the risks they take, for whatever that entails.

In 2021, agricultural insurance experts processed around 11,000 reports of damage to agricultural products, including 5,000 from northern Israel. Fruit growers, who received compensation of 80 million shekels ($ 26 million), have been hardest hit by the weather and most directly affected by climate change, the organization said, in particular. the hot winter of last year, which resulted in reduced harvests of fruits which need a cold snap to develop properly.

The year started with 19 continuous days of high temperatures and no rain, resulting in 3,000 damage reports, mostly in the fruit, olive and grape-for-wine sectors, according to the report.

Later in January, the tide changed and torrential rains accompanied by hail hit vegetables, citrus orchards and field crops hard. Hail damages fruit, often to the point that it cannot be sold to retailers.

The end of spring and summer were marked by extreme heat waves, the report continues. With the exception of June, the whole summer has been unusually hot, with record-breaking mercury in August and, later, in November. In May, 40-degree (104-degree Fahrenheit) heat blanketed coastal areas, the Negev Desert, and the eastern valleys, attracting 200 claims mostly from avocado, fruit and citrus growers. .

The organization paid 66 million shekels ($ 21 million) last year to growers of vegetables such as peppers, onions, tomatoes, potatoes, watermelons and cucumbers, mostly affected by diseases and pests, the heat, hail and storms. Most of the money was paid due to poor harvests resulting from a lack of rain in the Negev desert.

The Insurance Fund for Natural Hazards in Agriculture is jointly owned by the State and the farmers’ marketing boards and professional organizations.

Are you serious. We appreciate this!

We are really glad you read X Times of Israel Articles in the past month.

That’s why we come to work every day – to provide discerning readers like you with must-see coverage of Israel and the Jewish world.

So now we have a request. Unlike other media, we have not set up a paywall. But since the journalism we do is expensive, we invite readers for whom The Times of Israel has become important to help support our work by joining The Times of Israel community.

For as little as $ 6 per month, you can help support our quality journalism while benefiting from The Times of Israel WITHOUT ADVERTISING, as well as access to exclusive content available only to members of the Times of Israel community.

Six months after the Glasgow summit, where can we find progress on climate change in a more dangerous and divided world?