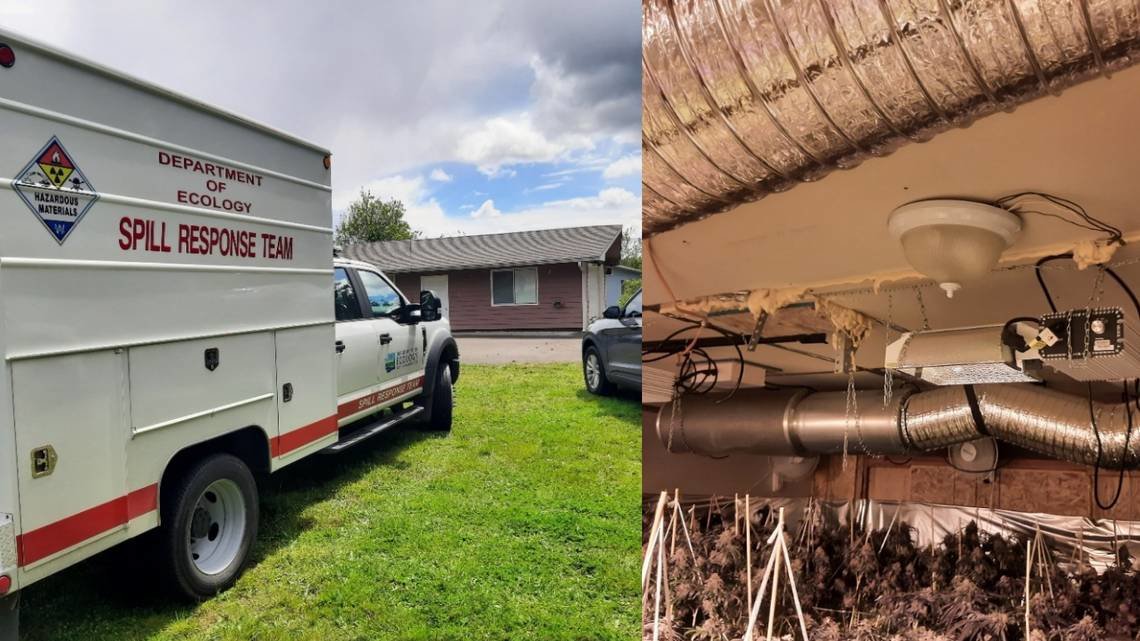 The Mason County Sheriff’s Office issued warrants with the Washington State Patrol and the state Department of Ecology, according to a social media post announcing the busts Wednesday.

The criminal operations were run by organized “Chinese nationals” who shipped marijuana to the East Coast to sell for higher prices, according to Mason’s sheriff’s office.

Proceeds from the sales are used to support other criminal activity, the sheriff’s office post said. An investigation into the activity in Mason and Thurston counties is still ongoing.

Similar operations have taken place in Washington state since 2017, when nearly 50 warrants were served by the Grays Harbor drug task force, according to the sheriff’s office.

Other states like Colorado, Texas and California have also seen similar organized operations.

Deputy Chief Criminals Ryan Spurling told The Olympian on Thursday that these investigations often begin with information provided by the public. “They know what’s going on in their neighborhood,” Spurling said. “They know what’s normal and when they see something out of the ordinary it’s great that they report it.”

The Olympian requested more information about the busts and any arrests from the Mason County Sheriff’s Office.

Water and chemicals are often stored near exposed electrical wires that run to overloaded circuit breakers and heat-producing items such as grow lights and heaters, the sheriff’s office said.

Chemicals are dumped into septic tanks and sewers that can flow into groundwater near wetlands and waterways, the post added.

Mold also tends to grow in homes with these operations and is expelled outdoors through ventilation systems. Cleaning these homes can cost thousands of dollars, according to the sheriff’s office.