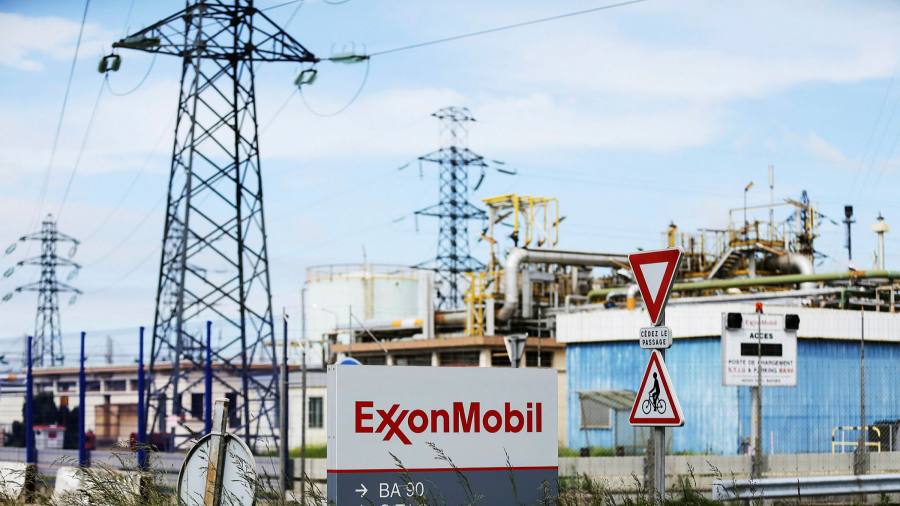 Nest, the £ 20bn occupational pension scheme backed by the UK government, has sold its stakes in ExxonMobil and four other energy companies after criticizing their progress in managing climate change risks.

Frustration over the response of some fossil fuel companies to the threat of catastrophic global warming is prompting a small but growing number of influential pension funds to divest from businesses seen as blocking progress towards a low emission economy. carbon.

“These five companies have not done enough to convince us that we need to remain shareholders,” said Katharina Lindmeier, senior director of responsible investment at Nest. “They will not return to our portfolio until they demonstrate clear progress in preparing for a low carbon economy. “

The pension scheme had held all five companies in a £ 9bn climate awareness fund run by UBS. The Swiss bank has decided to apply the same exclusions to its range of climate-sensitive tracking funds, which hold assets of around $ 20.8 billion, as well as its sustainability funds in equities and securities. actively managed fixed income.

Francis Condon, head of thematic engagement and collaboration at UBS Asset Management, said the decision to sell followed three years of discussions with 49 oil and gas companies identified as lagging behind on climate performance.

“Our three-year engagement program has given companies time to understand and respond to our concerns,” he said. “However, where we have not seen tangible progress, we are taking action.”

UBS declined to disclose the value of shares it had sold, but the sale marks the first time its asset management arm has divested itself from energy companies due to climate change risks.

Most large institutional investors oppose divestment because they prefer to use persuasion or their voting power as shareholders to influence the behavior of companies.

But some of the world’s largest pension funds have toughened their stance on climate change risks and have chosen to divest from companies that rely on fossil fuels for profit.

ABP of the Netherlands announced in October that it would sell all of its stakes in fossil fuel companies worth more than € 15 billion.

Nest has also introduced an ambitious new carbon reduction target as part of its plan to achieve net zero emissions by 2050. It has pledged to reduce the carbon footprint of its portfolio by 30%. publicly traded stocks and bonds by the end of 2025. These two asset classes are expected to represent up to 75% of Nest’s entire investment portfolio by 2025.

“We want to be at the forefront of climate change in order to achieve better risk-adjusted returns for our members,” said Lindmeier. “The new climate target shows that Nest isn’t hanging around. “

Video: The net-zero trend in the corporate world

Are you curious about the FT’s commitments to environmental sustainability? Learn more about our scientific goals here