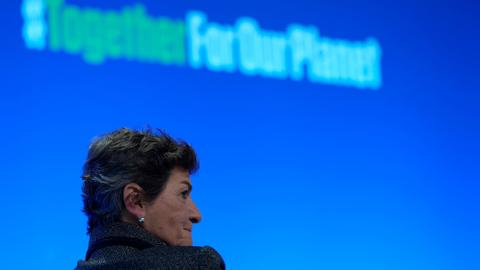 The Montreal Protocol and the Paris Agreement both deal with global emissions of gases causing undesirable impacts on human health and natural ecosystems. Unfortunately, this is where the similarities end.

My carbon footprint is 14,333 kg of carbon dioxide (CO2) emitted into the atmosphere each year.

Without context, that number may not mean much to most, but it probably sounds pretty high. According to 2019 calculations, this footprint is roughly equal to that of a person living in Luxembourg and almost 3.3 times the world average. In this context, you now know that I am contributing to climate change at a disproportionately higher rate than the vast majority of people in the world.

Over a third of my carbon footprint comes from air travel, by far my biggest source of greenhouse gas emissions. Other big contributors include driving, the food I eat (lots of meat), and my household’s (air conditioning, lighting, and water consumption).

If I want to bring my carbon footprint down to the global average, I would have to change almost every facet of my life. This is, in short, why the Paris Agreement and the recently concluded COP26 seem so ineffective for many in dealing with the climate emergency – it requires fundamental change.

The causes of the climate emergency, CO2 and other greenhouse gases, are rooted in all sectors of the modern economy. Removing enough CO2 from our global carbon footprint (also known as climate change mitigation) to avert a climate catastrophe will require us to transform the lifelong, fossil fuel-based global economic system into one that has yet to be invented. .

Some developing countries, especially those with considerable reserves of fossil fuels, see the climate emergency not on their own initiative and that it is a crisis that may also prevent them from taking advantage. economic benefits derived from the development of some of these lucrative resources. Many of these same countries are overwhelmingly exposed to the impacts of climate change.

The risks posed by climate change are enormous, but the solutions are not yet apparent. This lack of clarity in the way forward creates a huge obstacle for a solution-oriented and consensus-based process like the Paris Agreement.

So the questions need to be asked, is this the best approach to dealing with the climate emergency and can it lead us to act fast enough to avoid the worst of climate change?

There is a precedent: the Montreal Protocol on Substances that Deplete the Ozone Layer, better known as the Montreal Protocol. This historic multilateral environmental agreement, adopted in 1987, allowed us to slow down and finally reverse the thinning of the ozone layer which has increased the risk of skin cancer, cataracts and a multitude of agricultural and economic impacts around the world.

The Montreal Protocol and the Paris Agreement both deal with global emissions of gases that have adverse effects on human health and natural ecosystems. Unfortunately, this is where the similarities end.

The Montreal Protocol is an agreement that focuses on the problem – emissions of ozone-depleting substances (ODS). The protocol identifies what countries should not do, when to phase out and phase out ODS, and establishes the Multilateral Fund to provide financial and technical assistance to developing countries.

The Paris Agreement, on the other hand, is solution agnostic and without a clear path or set of equitably enforced commitments. This creates a range of solutions, including individual technological, political and behavioral adaptations, which are overwhelming and difficult to navigate in building capitalist societies. With the Paris Agreement, countries were required to submit their climate action plans, known as Nationally Determined Contributions (NDCs) by 2020, with the aim of limiting global warming to “well in below 2, preferably 1.5 degrees Celsius “.

But in its last report before COP26, UN Climate Change determined that the NDCs submitted by countries “could lead to a temperature rise of about 2.7 degrees Celsius by the end of the century,” missing the preferred Paris Agreement target by 1.2 degrees. This assumes that countries will actually honor their commitments.

Additional commitments made in Glasgow during COP26 may reduce global temperature increase to 2.4 degrees, if these commitments are implemented by 2030. Many countries have also provided Net Zero commitments that could limit warming to 1.8 degrees Celsius.

Net Zero is achieved when a country’s greenhouse gas emissions match those it removes from the atmosphere. In many cases, a country’s Net Zero trajectory remains unclear due to the lack of technological solutions that can offset the thirst for energy of a growing population. India’s commitment to 2070 Net Zero is a prime example.

COP26 also exposed the divisions between developed and developing countries over the term ‘loss and damage’, which refers to the damage caused by man-made climate change and who is responsible for such loss and damage as well as the mechanisms. compensation. Developing and vulnerable countries have long called for “loss and damage”, but developed countries have resisted calls for proper discussions on the issue.

Climate change has a negative impact on human health, economic prosperity and global environmental sustainability. It is an “everything” problem and requires a multitude of “everything” solutions. These solutions must reverse the increase in atmospheric GHGs and, when this is not possible, adapt to life on a changing planet.

The Paris Agreement must rise to this challenge. It must evolve into a set of protocols that break down the climate emergency into a series of smaller, more manageable problems, the individual resolutions of which contribute to the overall solution.

Disclaimer: The views expressed by the authors do not necessarily reflect the opinions, views and editorial policies of TRT World.