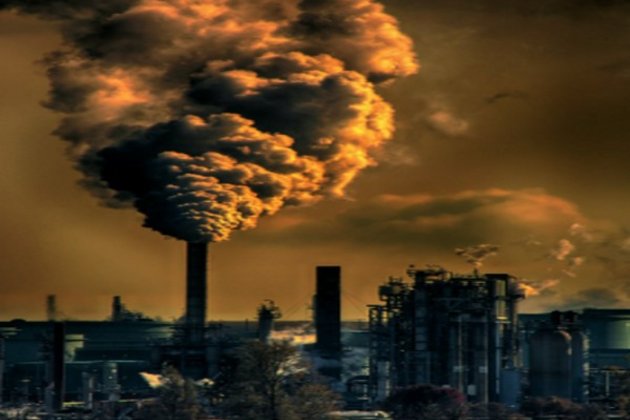 The results of the study were published in the journal “Science of The Total Environment”.

“In California, black and Latin communities face some of the highest pollution from oil and gas wells. If we care about environmental justice and making sure every child has a chance to be well What is new about our study is that we did this at a state-wide population scale using the same methods as the studies of public health, ”said lead author David Gonzalez, who conducted research for the study while a doctoral student in Stanford’s Emmett Interdisciplinary Program in Environment and Resources (E-IPER).

The results are consistent with other smaller-scale studies that measured emissions from a handful of wells. At least two million Californians live within a mile of a working oil or gas well.

“It’s really hard to show the air quality impacts of an activity like oil and gas production on a population scale, but it’s the scale we need to be able to infer health impacts, ”said lead study author Marshall Burke, associate professor of Earth System. science at the Stanford School of Earth, Energy and Environmental Sciences (Stanford Earth).

“While it’s not necessarily surprising that drilling and operating oil and gas wells emits air pollutants, knowing the magnitude of the effect improves our broader understanding of who is exposed to what and how. intervene to improve health outcomes, ”Burke added.

Research has found that when a new well is being drilled or reaches 100 barrels of production per day, the deadly particulate pollution known as PM2.5 increases by two micrograms per cubic meter at about a mile from the site.

A recent study published in “Science Advances” found that long-term exposure to an extra microgram per cubic meter of PM2.5 increases the risk of death from COVID-19 by 11%.

“We started in 2006 because that’s when local agencies started reporting PM2.5 concentrations. We are very concerned about PM, as it is one of the world’s leading killers. said Gonzalez, who is now a postdoctoral researcher at the University of California, Berkeley. .

The team evaluated approximately 38,000 wells under drilling and 90,000 wells in production between 2006 and 2019. They developed an econometric model incorporating more than one million daily observations from 314 air monitors in combination with wind direction information from the National Oceanic and Atmospheric Administration (NOAA) to determine if the pollutants were coming from the wells.

Other factors that could contribute to the high emissions were monitored – such as smoke from forest fires or industrial activities – and monitors located far from drilling sites were used to identify factors unrelated to wells. They also analyzed locations with air quality data before and after drilling a well.

“Sometimes the wind blows from the well, sometimes not, and we found significantly higher pollution on days when the wind is blowing from the wells. As a control, we assumed that the wells downwind of the air monitor should not contribute to anything pollution – and that is indeed what we have seen, “Gonzalez said.

Research also found that ozone – a strong oxidant that can cause wheezing, shortness of breath and worsened lung disease – was present up to 4 km from the wells. According to the Environmental Protection Agency (EPA), children are the most exposed to ozone because their lungs are still developing.

The new study contributes to a growing body of evidence about the dangers of living near oil and gas wells that can help guide ongoing policy development regarding residential drill site setbacks. For example, LA County recently voted to phase out oil and gas drilling, citing issues of climate change, environmental impacts, and fairness, and other California cities are under discussion over regulations. district drilling.

“Many California oil fields have been in operation for decades. People who live nearby have been chronically exposed to higher levels of pollution – and many of these wells are located in neighborhoods already affected by pollution,” Gonzalez said .

“Our study adds to the evidence that public health policies are needed to reduce residents’ exposure to air pollution from wells,” added Gonzalez.

Although the research data comes from California, the coauthors say the findings are likely applicable to other regions with oil and gas operations.

“We have had previous articles suggesting that proximity to oil and gas production worsens health outcomes, and that the likely channel was air pollutants, but previously we had no way of demonstrating that this was. the case, ”said Burke.

“This new work helps confirm that air pollution was the missing link between this type of energy production and the bad outcome we were concerned about,” Burke concluded. (ANI)