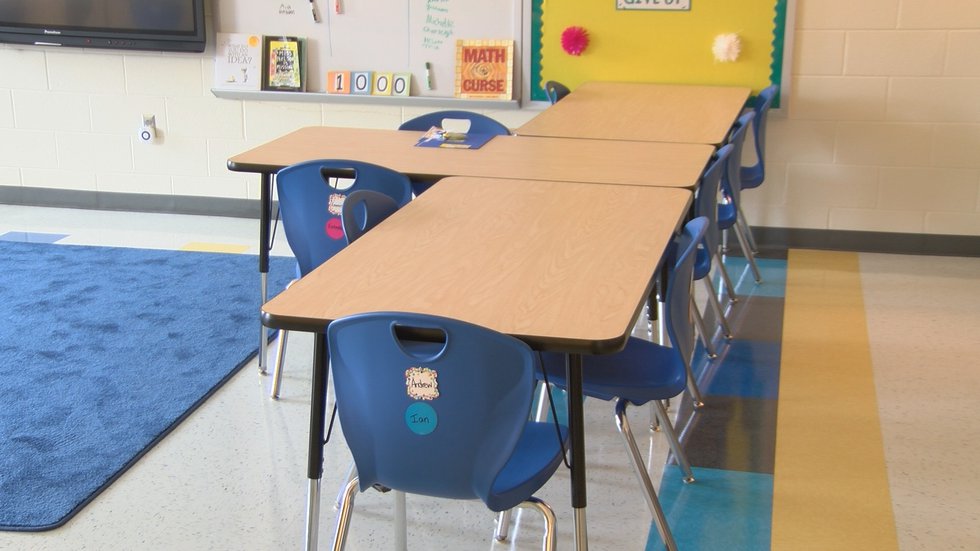 CHARLOTTE, North Carolina (WBTV) – Rising summer temperatures are painful outside, but some schools in Charlotte-Mecklenburg are also seeing high temperatures inside the building.

Wednesday August 25 was the first day of school for over 143,000 CMS students. For the first time since March 2020, classrooms were at full capacity. Students learn in person five days a week.

Several parents and some staff contacted WBTV saying their schools had little or no air conditioning until day one.

At a press briefing on Wednesday afternoon, school leaders addressed the concerns and said they had visited six to eight schools facing CVC issues.

Winston tackles HVAC issues. They range from one to two classrooms to entire hallways in buildings. “We know the heat is stressing our systems, so we expect there will be HVAC issues,” he said. “Our staff are working diligently to address these issues. “

“We know the heat is stressing our systems, so we expect there will be HVAC issues,” said Superintendent Earnest Winston. “Our staff are working diligently to address these issues. “

CMS parent Ashlee Carnes said she noticed the air conditioning was not working properly at her daughter’s school, Long Creek Elementary, during the open house earlier this week.

“Once we attended the open house, we were pretty much all surprised to find that the air was not working because we hadn’t been warned in advance so we were all on the move. to sweat balls, ”Carnes said.

CMS staff said technicians were visiting the schools. CMS staff said the air conditioning was not working at full capacity in some hallways, classrooms and cafeterias.

CMS is also experiencing a shortage of HVAC employees as they are looking to hire and recruit with incentives of up to $ 1,000.

Carnes says it was cooler Wednesday morning when she dropped her daughter off, but she worries the air quality may not be consistent.

“It doesn’t bode well for a good situation,” Carnes said.

Winston says they are experiencing staff shortages and supply chain issues for materials, but ensures staff are working as fast as possible so everyone can breathe easier.

“It certainly means the answer may be a little longer than it usually is. We have worked with other agencies to recruit staff to meet the challenges we have and will continue to do so, ”said Winston.

Winston says staff are working on NPBI projects in 40 schools.

At Tuesday’s Board of Education meeting, CMS provided updates on NPBI projects:

Carnes hopes workers can get the air conditioning repaired as soon as possible.

CMS says the technologies are out in the schools. Staff say they have been to about 6-8 schools today experiencing air conditioning issues. They say two schools had air problems in the cafeteria. Staff say these were not unhealthy or unsafe conditions. But the air is not working at full capacity

“I hope the air stays on for their comfort so they can sit there and focus and learn without worrying about getting hot,” Carnes said.

Despite the suffocation, Carnes can’t wait to see how being full-time in person will help her daughter this school year.

“Obviously, consistency is the key to kids and their success,” Carnes said.