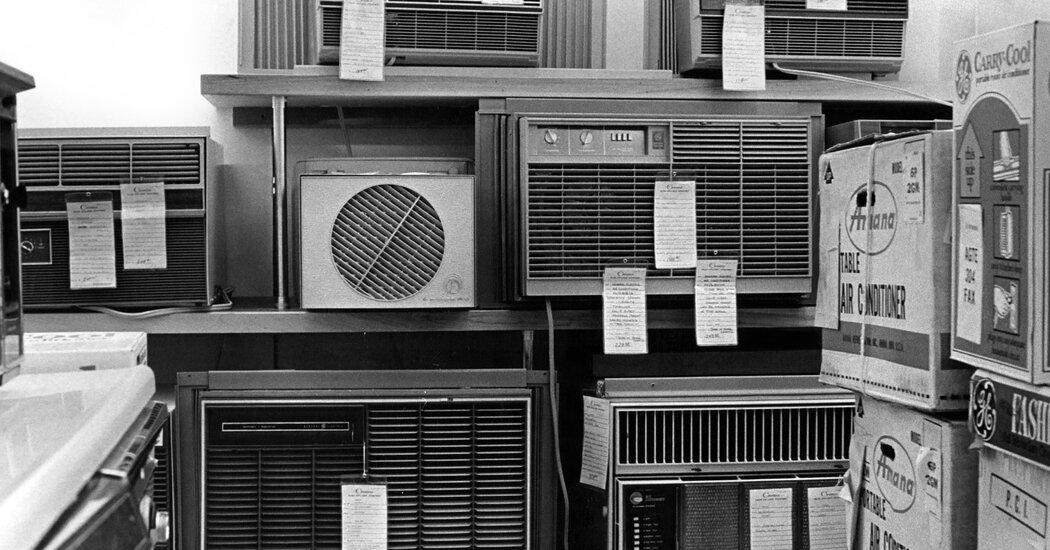 AFTER COOLING
On freon, global warming and the terrible cost of comfort
By Eric Dean Wilson

In his prelude to “After Cooling”, Eric Dean Wilson tells us that he began his research without knowing “a freon tank made from propane”. It’s a subtle chemistry joke, but a good one. By the end of the first 20 pages, however, the reader realizes beyond a doubt that the author is very much up to date with everything there is to know about what we call air conditioning. After his cleverly persuasive opening argument that reducing machine cooling is the most pressing environmental task of our generation, Wilson explains in detail the science of chemical coolants, both the chemistry and physics of these. wonder molecules, and the horrific discovery of the havoc they wreak in the thin protective layers of Earth’s atmosphere.

Woven into Wilson’s story of the first modern coolant – Freon, a compound in the family of chlorofluorocarbons, or CFCs, was developed in the 1930s – is an interesting fable of how our best efforts at environmental regulations can bring out the worst in us.

In a desperate attempt to save our ozone layer, the Montreal Protocol effectively ended CFC production in 1987, forcing the temperature control industry to switch to less potent fluorocarbon compounds. Since then, while the production CFCs has been banned, their use has not been. This has created a vigorous underground market in the previously hoarded Freon that caters to small-scale farmers and mechanics – those who don’t have the resources to upgrade the cooling systems on their long-haul tractors or trucks. Small companies have even sprung up, with teams that infiltrate to buy these CFCs in order to play the California carbon market. Wilson’s account of his journey across the country to meet and chat with buyers and sellers of Freon beautifully illustrates the book’s tragic premise – with which I wholeheartedly agree – that the road to climatic hell was, and still is, paved with good intentions.

For example, John Gorrie’s 1851 design for the first air conditioner was supposed to provide better airflow in cramped quarters and overcrowded classrooms, Wilson says, but it didn’t work that way. The first complete cooling system was not put in place in the downtown area, but used – literally – for the benefit of the market: the first workers with air conditioning were traders on the floor of the New York Stock Exchange in 1902. Since then, many of us have come to accept that for much of the year the temperature inside our offices, homes, cars, malls and movie theaters will be surprisingly cooler than it is. outside.

Our ability to significantly cool the spaces we inhabit has changed the way we travel, consume food, use medicine, design our architecture, and more. But ultimately, the chemicals used for this cooling cannot prevent leaks from coils and tanks as machines age and are thrown away. When released, they form persistent greenhouse gases, which means refrigeration as a practice contributes disproportionately to global warming. In a supreme irony, Wilson points out, our world before the adoption of institutional air conditioning was cooler globally.

Wilson’s research for “After Cooling” was ambitious. “I needed to get more intimate with climate violence,” he writes in his prelude, and touches on several controversial themes. It describes how the history of the cooling of personal and professional spaces relates to the history of racism and the institution of slavery. Before the invention of mechanical coolers, child slaves living in harsh climates were forced to fan their oppressors for long hours or move air through water containers in order to cool living rooms and rooms. entire palaces. “One life has been comforted at the expense of another,” Wilson writes with powerful simplicity. Today, he explains, the global socio-economic gap between those who can effectively cool their environment and those who cannot is rapidly widening.

One question Wilson doesn’t address, and one that I wish he had: how changes in the Western diet have (or haven’t) influenced our perceived need for air conditioning, as well as its use. Granted, the measurable increase in average individual isolation over the past 50 years is a thorny topic, but it is certainly relevant to any discussion of how we are changing our personal space.

“After cooling” has its greatest impact when it asks us to think deeply about why humans want to change the temperature of their environment. At one time, occasional sweating was simply accepted as a way of life, Wilson postulates, but now we see comfort as a prerequisite for work and play. But what does it really mean to be comfortable? Is it just the absence of discomfort, or is it something more? Is it a bodily experience or an emotional state? Wilson invites the reader to deep existential discussions by invoking broad themes of culture and philosophy – an unusual and delightful trait for a book on climate change. Particularly fascinating is Wilson’s examination of the marketing impulse behind the phrase “air conditioning” as opposed to “air cooling” or something more concrete. Clearly, the production of a better “condition” of the air, of better “conditions” of life, is the very definition of progress, isn’t it?

My main gripe with “After Cooling” is that the book sometimes seems to apologize for its very existence. Wilson notes that racism, misogyny and poverty have been vigorously recognized in the media recently and are beginning to be addressed on scales both large and small, and he contrasts this with how his friends and colleagues “just wait for that. the subject passes ”each time he mentions climate change. He also states that people find discussions of refrigerant management less “onerous” and “oddly impersonal” compared to climate strategies involving (say) electric vehicles or bioplastics. In response, I maintain that the quality of the information and narration found in “After Cooling” contradicts the author on these same points.

Wilson dares to make it clear that sustainable climate solutions depend on our ability to redefine what gives meaning to our lives, not new technologies or better products. Baby’s first step can be as simple as experimenting with an air conditioner on a hot July day, setting the room a few degrees higher than usual, and wondering at bedtime if we’ve even noticed it.