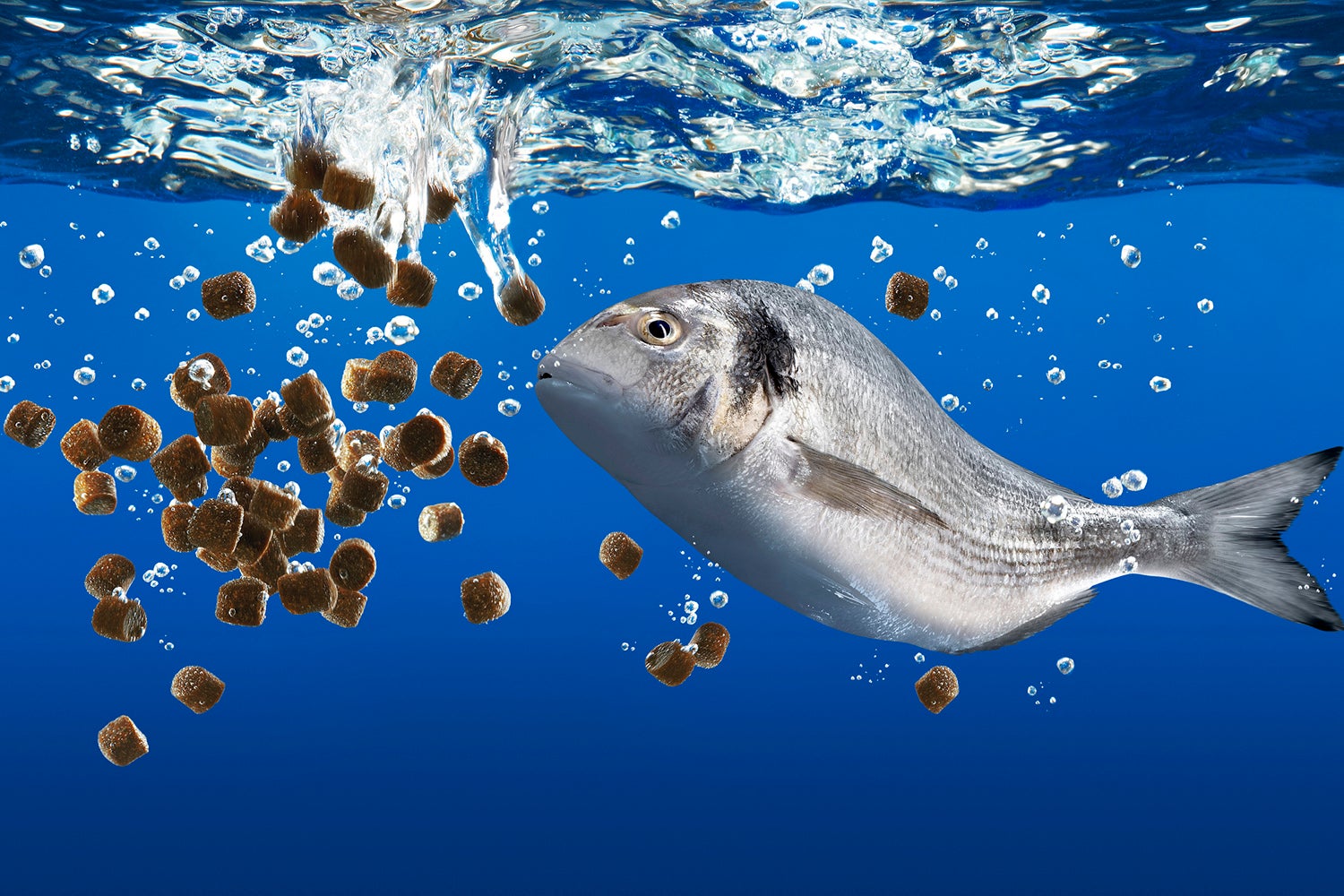 Like a mirage on the horizon, an innovative process of converting a potent greenhouse gas into a food security solution has been blocked by economic uncertainty. Today, a one-of-a-kind analysis from Stanford University assesses the commercial potential of the approach, in which bacteria fed on captured methane turns into protein-rich fishmeal. The study, published on November 22 in Sustainability of nature, finds that production costs involving methane captured from some sources in the United States are lower than the market price for conventional fishmeal. It also highlights achievable cost reductions that could make the approach cost effective using other sources of methane and able to meet all of the global demand for fishmeal.

Aquaculture has grown to provide about half of all seafood consumed today. However, fish farming relies on fishmeal produced from fish caught in the ocean. One solution to this problem is to use captured methane to produce high protein fish feed.

“Industrial sources in the United States emit a truly staggering amount of methane, which is uneconomical to capture and use with current applications,” said the study’s lead author. Sahar El Abbadi, who conducted the research as a graduate student in civil and environmental engineering.

“Our goal is to reverse this paradigm, using biotechnology to create a high-value product,” added El Abbadi, who is now a lecturer in the Civic, Liberal and Global Education program at Stanford.

Although carbon dioxide is more abundant in the atmosphere, the global warming potential of methane is about 85 times greater over a 20-year period and at least 25 times greater a century after its release. Methane also threatens air quality by increasing the concentration of ground-level ozone, to which exposure causes approximately 1 million premature deaths worldwide each year from respiratory illnesses. The relative concentration of methane has increased more than twice as fast as that of carbon dioxide since the start of the industrial revolution, largely due to anthropogenic emissions.

One potential solution lies in methane-consuming bacteria called methanotrophs. These bacteria can be grown in a refrigerated bioreactor filled with water and supplied with pressurized methane, oxygen, and nutrients such as nitrogen, phosphorus, and trace metals. The resulting protein-rich biomass can be used as fishmeal in feed for aquaculture, thus offsetting the demand for fishmeal made from small fish or plant-based feed that requires soil, water and fertilizers.

“While some companies are already doing this with natural gas by pipeline as a feedstock, a preferable feedstock would be methane emitted from large landfills, sewage treatment plants, and oil and gas facilities,” the co -author of the study. Craig criddle, professor of civil and environmental engineering at Stanford University Engineering school. “It would bring multiple benefits. including lower levels of a potent greenhouse gas in the atmosphere, more stable ecosystems and positive financial results. “

Consumption of seafood, a major global source of protein and micronutrients, has more than quadrupled since 1960. As a result, wild fish stocks are severely depleted and fish farms now provide about half of all seafood. of animal origin that we consume. The challenge will only grow as global demand for aquatic animals, plants and algae will likely double by 2050, according to a comprehensive review of the sector by researchers at Stanford and other institutions.

While methane-fed methanotrophs can provide food for farmed fish, the economics of the approach are unclear, even though the prices of conventional fishmeal have nearly tripled in real terms since 2000. To clarify the approach’s potential to cost-effectively meet demand, Stanford researchers modeled scenarios in which methane comes from sewage treatment plants, landfills, and relatively large oil and gas facilities. , as well as natural gas purchased from the commercial natural gas network. Their analysis focused on a series of variables, including the cost of electricity and the availability of labor.

In scenarios involving methane captured in landfills and oil and gas facilities, the analysis found that the costs of producing methanotrophic fishmeal – $ 1,546 and $ 1,531 per tonne, respectively – were below the average price. 10-year market price of $ 1,600. For the scenario in which the methane was captured in the wastewater treatment plants, the production costs were slightly higher – $ 1,645 per tonne – than the average market price of fishmeal. The scenario in which methane was purchased from the commercial network led to the highest fishmeal production costs – $ 1,783 per tonne – due to the cost of purchasing natural gas.

For each scenario, electricity was the largest expense, accounting for over 45% of the total cost on average. In states like Mississippi and Texas where electricity prices are low, production costs have fallen by more than 20%, making it possible to produce fishmeal from methane for $ 1,214 per tonne, or $ 386 less per tonne than conventional fishmeal production. Electricity costs could be further reduced, the researchers say, by designing reactors that transfer heat better to require less cooling, and by replacing electrical applications with those powered by so-called stranded gas that would be otherwise wasted or unused, which can also reduce reliance on grid electricity for remote locations. In scenarios involving methane from wastewater treatment plants, the wastewater itself could be used to provide nitrogen and phosphorus, as well as for cooling.

If efficiency gains like these could reduce the cost of producing methanotrophic-based fishmeal by 20%, the process could cost-effectively meet the total global demand for fishmeal with captured methane. in the United States only, according to the study. Likewise, the process could replace soybeans and animal feed if further cost reductions were achieved.

“Despite decades of efforts, the energy industry has struggled to find a good use for stranded natural gas,” said study co-author Evan David Sherwin, postdoctoral researcher in resource engineering energy at Stanford. “Once we started looking at energy and food systems together, it became clear that we could solve at least two long-standing problems at once. “