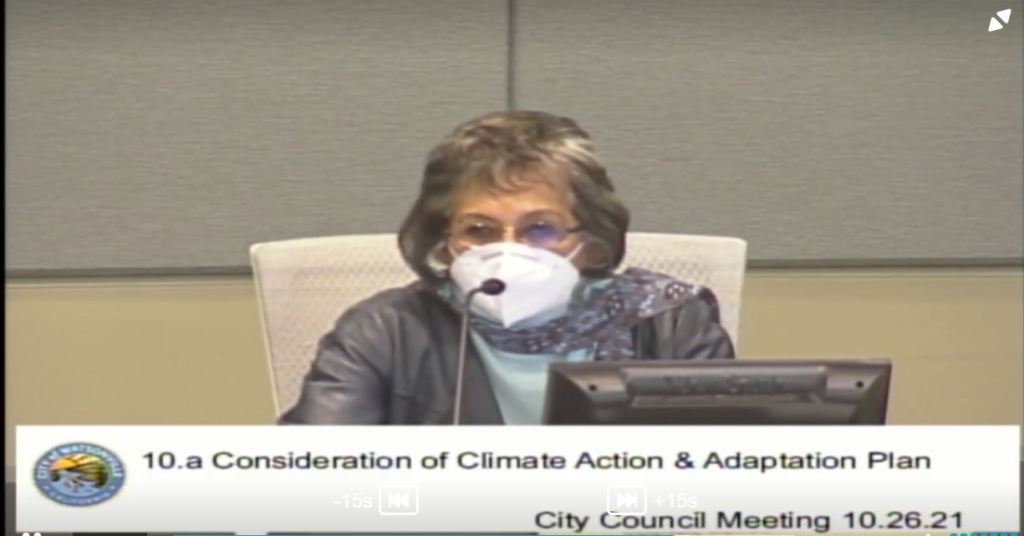 WATSONVILLE – This week, Watsonville City Council adopted a plan to dramatically reduce greenhouse gas emissions in the city, laying the groundwork for reducing the region’s impact on climate change. The move came about a month after Watsonville became the first city in California to urge Governor Gavin Newsom to declare a state of emergency for the climate crisis.

Greenhouse gases that humans rely heavily on include carbon dioxide, methane, and nitrous oxide, among others. Anthropogenic emissions of these gases are propelling climate change, which has triggered more extreme weather events, warmer temperatures and rising seas. The most recent report by the United Nations Intergovernmental Panel on Climate Change found that the rate of warming from 1970 to 2020 was higher than any other 50-year period documented by researchers.

Watsonville’s plan explains how it will reduce its greenhouse gas emissions 80% below the region’s emission levels in the 1990s, by 2030.

The target is more ambitious than a state target set in 2016 by former Governor Jerry Brown, which requires California to cut statewide emissions to 40% below 1990 levels by 2030.

To achieve its goal, Watsonville is focusing on electrification. This means strengthening incentives to get residents into electric vehicles, as well as decarbonizing homes and businesses.

The city already has plans in place to install 12 new electric vehicle charging stations next year, according to Alex Yasbek, environmental project manager in the Watsonville public works department. Watsonville is also home to the county’s only fleet of electric METRO buses, as well as an electric garbage truck.

The public works department is currently drafting a building ordinance that would require all new developments to be electric, according to Yasbek, meaning residents would depend on solar, hydroelectric or wind power. compared to energy derived from fossil fuel sources. It also means that these new developments would use heat pumps rather than ovens, induction hobs and electrical appliances.

Yasbek warned that even if the plan would cut emissions reductions, to really have a serious impact on climate change, greenhouse gas emissions would have to stop all together.

“Zero emissions by 2030… this is where the science says we have to go if we are serious about protecting public safety,” Yasbek said.

“I think you should embrace the plan, but it doesn’t go far enough either,” said Yesenia Jimenez, a Watsonville resident. “You said it was a climate emergency, you declared it, so act like that.”

To implement the plan, the city will seek to update regulations and development requirements, improve infrastructure, update city plans, programs and ordinances, as well as cultivate new incentives and discounts for residents.

Board member Ari Parker asked how people already strapped for cash would be motivated to make upgrades to electrify their homes.

“Many of our seniors, disabled, low income [residents] would perceive that as more expensive, ”Parker said. “How are we going to help them solve this problem? “

Yasbek responded that the city would need state and federal funding to implement the programs outlined in the plan.

“In a nation that has such wealth, this is something we should be able to afford,” Yasbek said. “All I can say is that we are constantly looking for programs.

Mayor Jimmy Dutra asked about the possibilities of electrifying the police and firefighters fleets.

Dutra also commented on Watsonville’s history of tackling climate change, starting as one of the first cities to ban plastic bags.

“You might think it would be other parts of the county, but Watsonville is running – we’re the ones demanding compostable take-out containers, banning plastic, picking up leftover food,” Dutra said. “I hope we can continue to be the voice of reason in this area.”