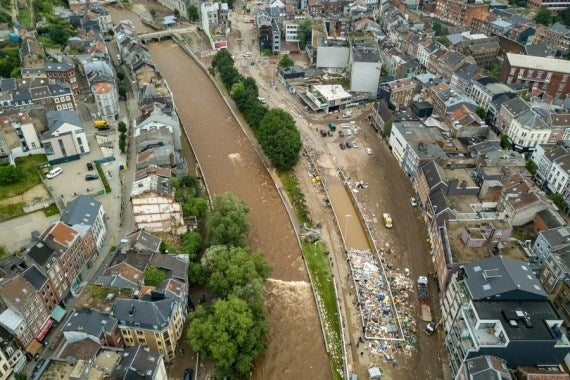 Speaking exclusively to the Xinhua News Agency on Monday, Taalas said, “We have always had extreme weather events, but due to climate change, we have started to see them more often and they are more intense.

“Without climate change, we would not have seen such high temperatures in western Canada and the United States, so this is a clear indication of climate change.”

When asked if he expected more natural disasters over the next two years, Taalas said: “Climate change will continue over the next few decades anyway. If we are successful in mitigating climate change, we could stop this negative trend in the 2060s.

“By then, we will see an increase in the number of natural disasters and an increasing number of such extreme weather events, as well as more human and economic losses than before. This means that we must also adapting to climate change, the most important thing is to mitigate climate change, to stop using fossil fuels and also to be careful about our diet. “

Countries around the world have pledged to reach a global peak in greenhouse gas emissions as soon as possible and to achieve a climate neutral world by mid-century.

Taalas stressed that no region of the world is immune to the negative impacts of extreme weather events and natural disasters.

He also warned of the record number of hurricanes in the Caribbean last year, super typhoons in Asia and cyclones hitting Pacific islands and southern Africa.

“The key is that we have to start acting now, we cannot wait for the next decades,” urged the Secretary General of WMO.

“We need to reduce the amount of fossil fuels, in particular we need to get rid of coal power generation, we need to convert our transportation system to be more based on electric vehicles and biofuels.

“In housing, we should cool our homes using ground source heat pumps, and in our food, we should reduce the amount of especially red meat,” he added.

Taalas stressed that no more time should be wasted to fight against global warming.

WMO, a specialized agency of the United Nations, has 193 member states and territories and was established in 1950.